Sleeping all the way to Tioman 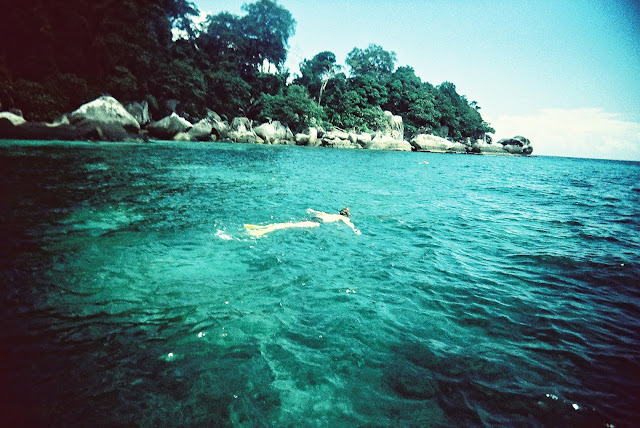 This is how I went from Singapore to Tioman on a budget, with 7 others and it may contain useful information for rich travelers who want to become frugal travelers. Yes! Like me!

The last weekend I had slept in so many places I could not remember all of them...
No, nothing of the sort where I wake in different stranger's apartments - though maybe that's a story for another day...  I had decided a day before, to go on a weekend trip to Tioman. Having the Singaporean mentality of needing a timetable, always getting some telephone number (in case of emergency) and finding out the location of ATMs/moneychanger on the island, and bringing spare singapore dollars just-in-case, and of course, prior to the trip, must-read up on several blogs, lonely planet, tripadvisor, I would say that I was really spontaneous because I did not do any of the above. And also, I only decided to go on the day before the trip!

Okay, I admit I read what was published on tripadvisor.com. =) Hee hee.

So having really dark circles now since the last couple of weeks watching Euro Cup 2012, having went to Helipad for the first time ever (whole of Europe is there on that Thursday night, I feel unique, yay), went to Night Safari, Gardens by the Bay for the first time, a secret shisha place known as Magic Carpet, and did I forget to mention... last weekend early morning bus to Melaka... I really needed some restorative sleep for my liver and kidney function...

So on one hand I would be happier to stay home and sleep through the weekend, wouldn't I? 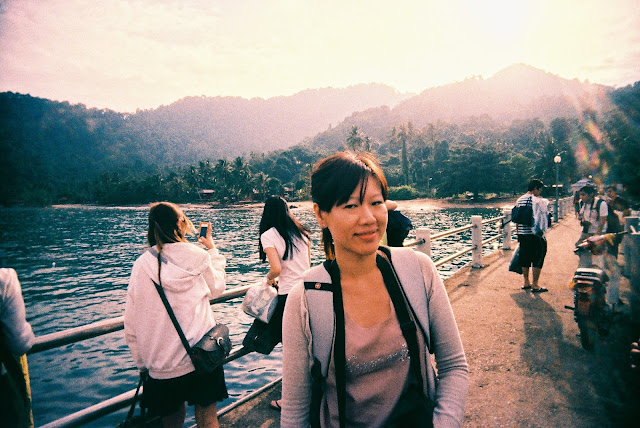 On another hand... I have not been to Tioman before... (and imagine my surprise when the group of people, 6 of them who I have not met previously, turned out to be super sweet people! Le French!)

And sleeping on the beach on a hammock (I assume there is a hammock) hearing the waves swish by is something I have not done in a long time. I also have not worn my swimsuit for a long time... =D

It was possible to sleep all the way there and back and not be too embarassed because my eyes were closed anyway, though I did notice some who could not sleep noticing me sleeping unglamourously... Heehee! I slept well on a row of blue chairs at the jetty, in the ferry, on a thin mattress where I could feel all the curves of my backside on the floor (but the floor was a good one, no complain there), in a hammock by the beach (yessss!), while sitting on the beach, in the taxi/private car driven by enterprising uncle, sleeping while pretending to be awake after lunch... I think I have accomplished the impossible. If everyone thought I was so chill... so zen... I am actually sleep deprived!!!

And now I have also mastered sleeping in the office with my eyes wide open. ZZZ. 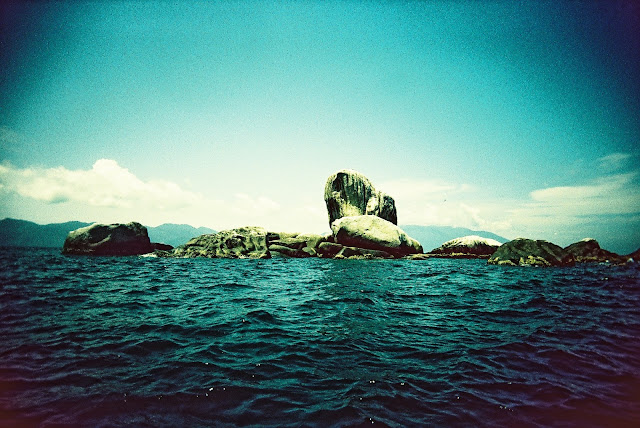 Malang Rock - The boat guide told me this was named 'Unlucky' Rock - Malang means unlucky/down on one's luck in Melayu, however no one knows the real reason for such an inauspicious name. Perhaps you will be unlucky if you hit your head on this huge rock. It does look imposing. 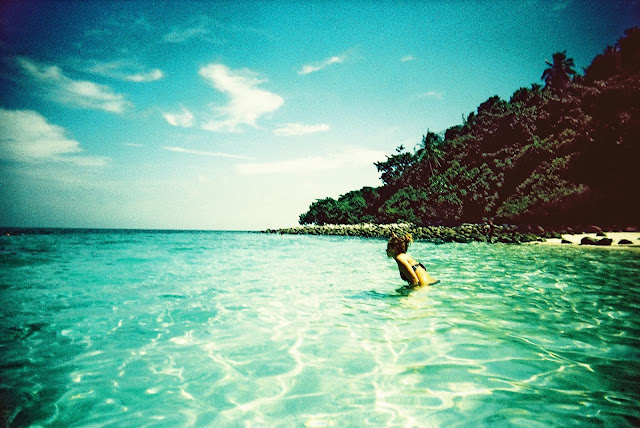 Random french girl who was solo globetrotter for 9 months. Salut. 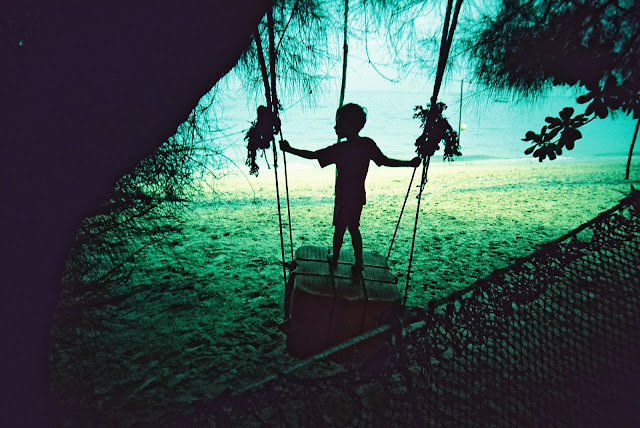 We stayed in the budget traveler area of Kampung Air Batang known as ABC on the ferry stop. 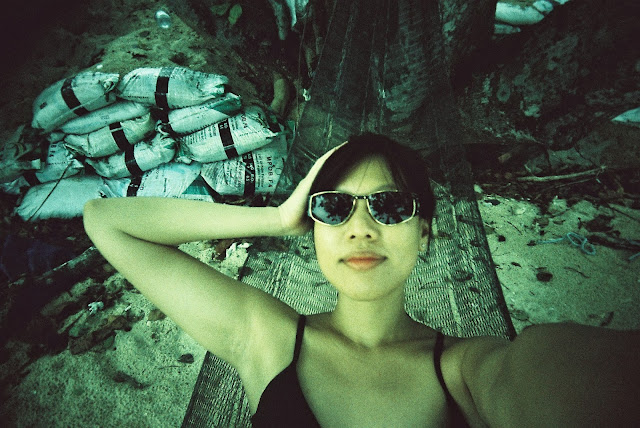 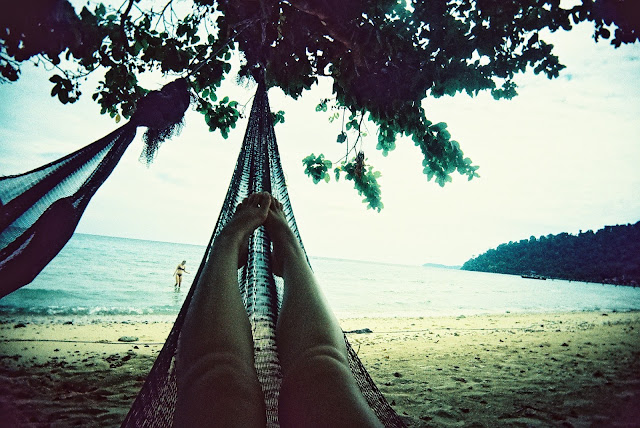 My hammock, everyone should have a weekend lying in a hammock! 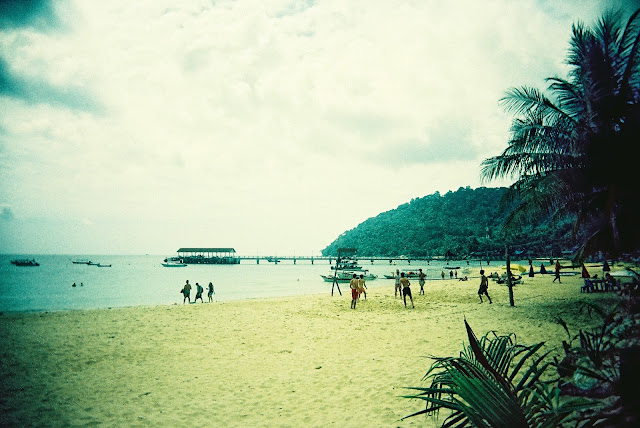 Went to the other side of Tioman for lunch and spotted some Singaporean families, but most of the bodies on the beach were young Europeans on Summer vacation. Here is Salang Village and if you wish, you can easily snorkel from this shore to the left to some interesting spots. 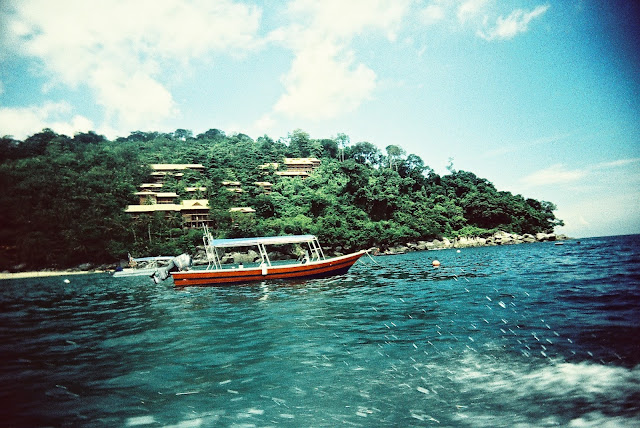 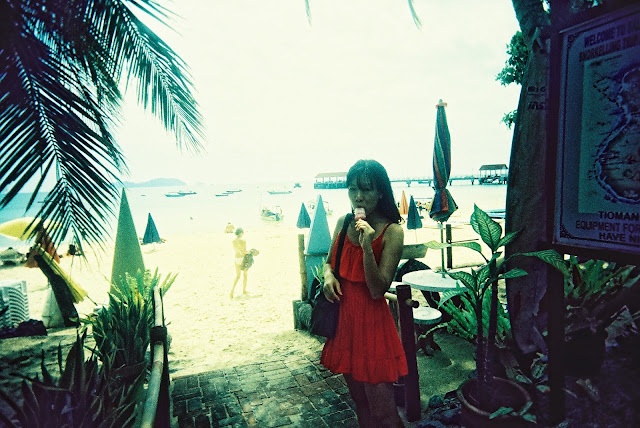 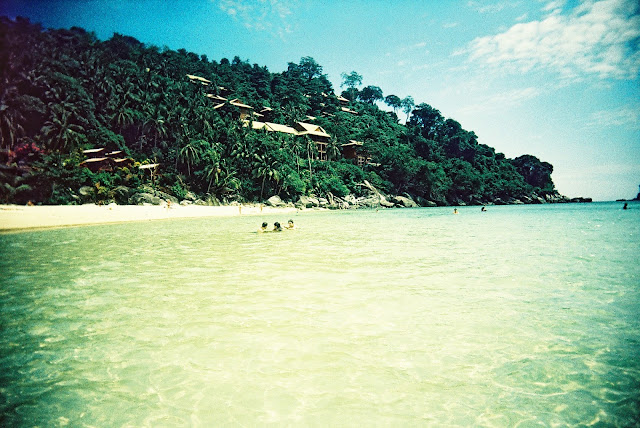 This is my favorite place in the whole trip: Coral Island!!! 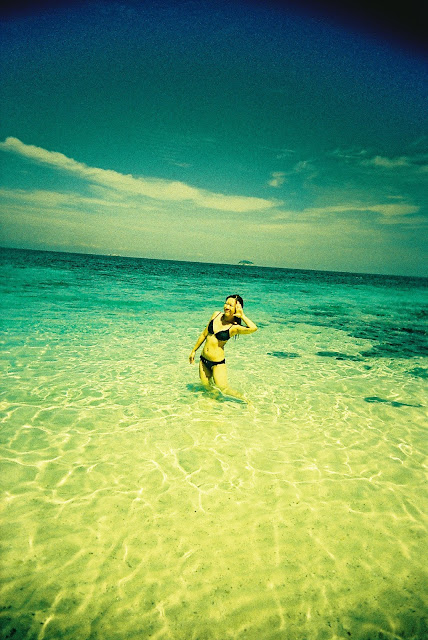 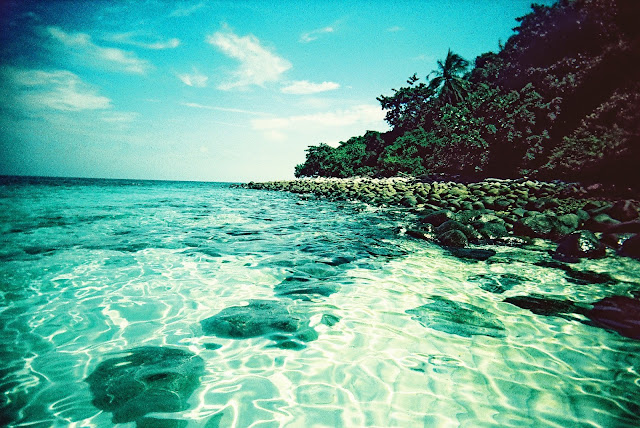 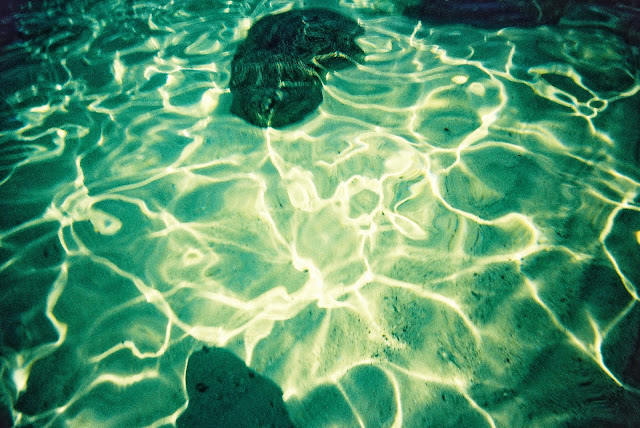 Coral Island - this is really a respite, an escape from city life, almost like a slice of paradise to me there were perfect laping waves, the cute brown rocks at the sides (looking almost 'strategically' placed like our fake rocks on Sentosa beach), sandy white beach. A little further in, there was a forest of dense foilage and a couple of large monitor lizards looking for little live creatures to devour. While the rest were enthusiastically snorkelling, I was enthusiastically taking a nap, floating with lifejacket on. 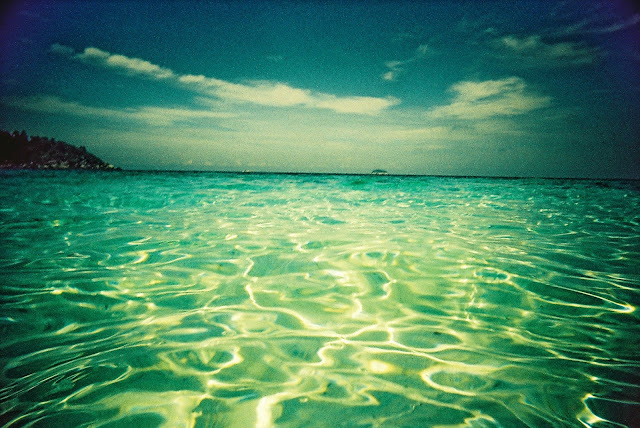 Budget for the frugal. (written by Kai Betrand Elvin on couchsurfing Singapore):

We took a taxi (actually a normal car driven by enterprising uncle who will agree to a fee), from Larkin to Mersing it was 160 ringgit total and from Mersing to the Woodlands CIQ it was 250 ringgit.

To note, we were exasperated by the uncompromising infrastructure of the small fishing village of Mersing, Once we disembarked from the ferry, we had to walk a distance to the bus terminal, almost impossible to find if you are a first time solo traveller. Then there weren't any seats on the bus for Sunday evening and there were few options for a group of 5. (4 can fit a taxi, 7 people for minibus.) Was told there would be a bus at 8:30pm but that meant two waiting hours of possibly finding it full, plus all the ticket counters were closed and only reopened at 8pm. Thanks to a local lady tour agent who helped us secure a private car to the Woodlands checkpoint we did make it back speedily, but it would be frustrating for those in a smaller group or with limited knowledge of local languages.

I would highly recommend everyone who goes to Tioman island to hop on a chartered boat even if you cannot swim or snorkel, it is amazing just being on the small islands around the area. 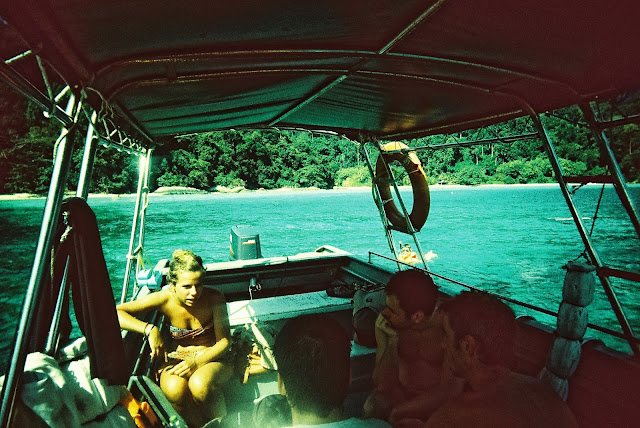