A nutella and banana crepe near the Central Hospital, Chiangmai 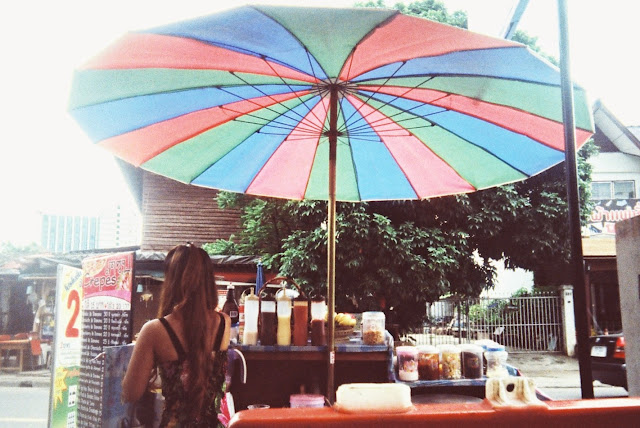 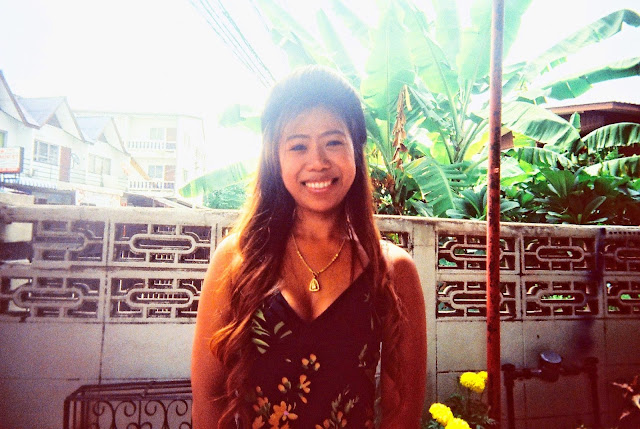 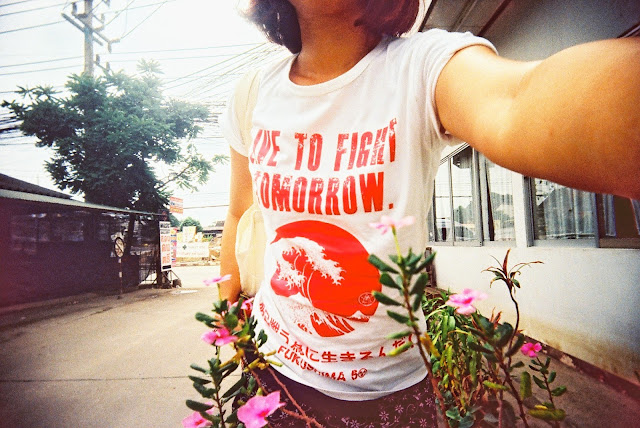 Bought this shirt at the Saturday Walking Market in Chiangmai, wore it next to a balance ball class that left my inner thighs, shoulders and wrists aching.

There were really lovely people who chatted to me naturally as I went on my personal walking tour in the old city of Chiangmai - the old Thai Chinese lady who could speak perfect English. We were both seeking shelter from a sudden downpour in the afternoon hours. She had bicycled through the city despite being at the grand age of 76. I had discovered interestingly the ceramic shop (near the vintage shop) where we sought shelter sold many, miniature elephants.  So cute!

Remembering that earlier on our day trip to the Elephant camp, my Valencian friend could not stop playing with the baby elephant - and that was the happiest I've seen him; I got all the baby (blue) elephants in the shop for him, and was filled with amusement at the thought of him opening the newspaper packet and many baby elephants the size of two fingertips spilling out from it! (And also later imagining him remembering the baby elephant each time he saw his baby elephants.)

They were a mere 4 baht. I also considered purchasing some lovely ceramic plates with cracked glass patterns and posting it to myself. I chose some gray baby elephants for myself as well, and asked the shop owner to label the packets; one 'blue' for him, and one 'gray'. The old lady came to the rescue to the uncomprehending shop owner, and wrote out the words in blue marker, neatly. Your English is very good, I told her. We started chatting, just to while away the time to wait for the rain to cease. She told me the temple across the road was one where people visited when they were accident-prone, to pray that they would not meet any further road accidents. She also told me that one of the ceramic vases - a brown thing that looks like it is for a single stalk of flower, was originally used to offer water to thirsty monks and passerbys, in the past all houses had this vessel placed at their doorsteps. I gave her a Singapore magnet I had bought in Chinatown, it was nothing much and I just happened to have it in my bag, but she handled it with the greatest care.

Later, she recommended me to visit a flower market just out of town, near Warorot, and wrote the name down in Thai for me to tell the driver. I went there, and spent the rest of the drizzly afternoon surrounded in the scent of flowers.

There was also a pretty Bangkokian who offered me more than hospitality, a friendly chat about life and hers - she relocated to Chiangmai to be close to her parents, after slogging it out in the field of accountancy she decided corporate life was not for her. In her words, Bangkok is good for business, for work, but not so much for living. Singapore is very much like that. Not so good for living, really living. I envy her for having the luxury to live in a place where you can see the mountains in the horizon. Each day when me and the Valencian walked to dinner - a further walk out of town, I see the mountains ahead, as the sky slowly lost its light, and I was always, always awed. How I wish one day I can live in a place where I can see the mountains every day.  How breathtakingly beautiful my life would be if I can just see this every single day.

So she studied graphic design instead, to carve out another livelihood. And together with the kitsch creperie, she also opened a photolab where people went to take their significant photos. She sold me a crepe filled with nutella and banana, paired with a pineapple shake, and brought out a chair for me where I can eat it 'al fresco', a simple breakfast I will remember for a long time because of her.

Such are the tales of a solo traveler. If you wander through the streets of anywhere in the world, undoubtedly, you will meet people with stories to tell. I didn't set out to be someone who takes photos, although once I have a camera in my hand I have the compulsive need to document each worthy scene...

I think being a photographer is not so enjoyable, you have to physically 'remove' yourself from the scene and be an observer of sorts. I'd like, mostly, to play a part in the scene itself. I'm also still at the age where I'd like to see many, many happy pictures of me. I would never have decided on my own to come here alone, nor thought of it as a destination I would be heading to this year. So, I'm grateful that the Valencian had deeply encouraged me to come visit. Two months prior, I constantly scanned the travel sites for good prices, and found a fantastic deal at $440+, flying Silkair direct. Unlike my many other trips, I was not alone for most of the time - on one hand, I could not complete my walking tour (also due to the terrible body aches after the balance ball class we had) on the other, being constantly surrounded, I enjoy the moments spent with others, too. I get horribly lonesome sometimes on trips like this, so it's nice to just have one other person walking beside you, even if the other person is also lost in his own thoughts.

Behind every photo I take, there is a story waiting to be told, and in some instances, a simple photo capture cannot speak about the moments contained within.